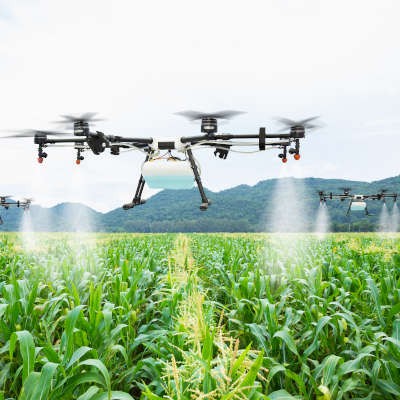 Drones are a technology that comes with some controversy, but also some real utility. Known best as an unmanned deterrent measure used by governments, today drones are used for a multitude of different tasks. Today we’ll discuss how drone usage in several industries has expanded over the past several years.

Farms often cover miles and miles of real estate. Traditionally, this makes it more difficult to keep track of everything that is going on around the property. Drones can make monitoring the status of the farm much simpler. With specialized sensors that collect important data, farmers are able to successfully manage irrigation levels, fertilization, and crop spacing, leading to higher agriculture output. Using drones, farmers can also manage livestock much simpler.

Drones have also been a big benefit to conservationists by expanding the ability to collect crucial data in situations that they weren’t previously able to track. They can help track animal and environmental patterns and report information that is crucial in modern conservation efforts. Drone technology can also help Department of Environmental Conservation officers and park rangers find compliance infractions.

Engineers and construction workers now use drones to not only get a lay of the land, but also inspecting hard to reach places. Using drones in this capacity cuts down on the dangerous situations that human workers are exposed to, mitigating risk.

One of the most important uses of drone technology today is in emergency situations. It can assist all types of first responders by being able to get an aerial view of the situation. Firefighters are beginning to use drones to fight fires, while still using them in support capacity as well.

Police have started to use drones for crash investigations as well as to keep officers out of potentially risky situations.

Law enforcement has also used drones to simplify many of their activities, including crash investigations and search and rescue efforts.

Search and rescue teams have used drones to deliver equipment quickly into situations where people could be at serious risk of bodily harm.

Drones can be of use to insurance companies when they do assessments of claims. Instead of putting people into potentially serious situations, flying a drone keeps risk down and allows people to get the resources they need to rebuild quickly.

Have you used a drone? How do you think the drone will affect life going forward? Leave your thoughts below in the comments and be sure to return to our blog again next week.