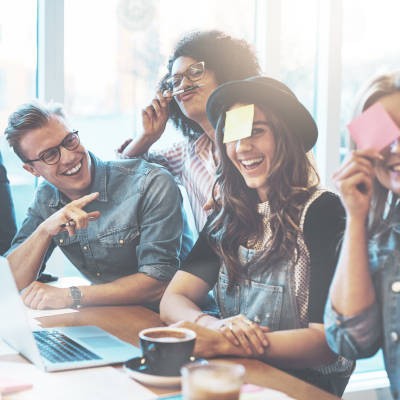 Workplace engagement has long been a conundrum–how do you maximize the productivity of your business without alienating your team through quotas and ironclad policies? Many businesses have been finding that an effective way to do just that has been to use a concept known as ‘gamification.’  Let’s explore gamification and how it might be useful to you.

Many parents have historically used a gamification strategy to convince their young’uns to cooperate better with notoriously less-fun parts of daily life. Take clean-up time, for instance, which many parents will turn into a race between themselves and their children to see who can pick up quicker. Taking an unappealing task and adding game-like elements to motivate people to do it is the concept that forms the foundation of gamification.

This isn’t a new idea, either. Mark Twain knew what he was talking about when he wrote about Tom Sawyer tricking his friends into white-washing a fence for him. By making the activity seem elite and enjoyable, he hoaxed and hoodwinked his friends into completing his chore for him while they all enjoyed proving themselves capable. As was written at the end of that particular chapter:

“If he had been a great and wise philosopher, like the writer of this book, he would now have comprehended that Work consists of whatever a body is obliged to do, and that Play consists of whatever a body is not obliged to do … There are wealthy gentlemen in England who drive four-horse passenger-coaches twenty or thirty miles on a daily line, in the summer, because the privilege costs them considerable money; but if they were offered wages for the service, that would turn it into work and then they would resign.”

If the psychology behind this sounds silly to you, consider the concept of “employee of the month.”

Why Gamification is Effective

Human psychology is a big part of why gamification has been shown to be so impactful in motivating employees. As a species, human beings tend to be strongly motivated by certain desires, namely:

While many tasks originally lack the potential for most, if not all, of these desires to be filled, gamification can inject this capability by fulfilling all three of these desires. If an employee were to have the satisfaction of knowing that they performed most admirably, gaining some perks and being looked upon with favor from the higher-ups, it only makes sense that they would continue to strive to that position from that point on. Furthermore, it also helps to motivate your other employees to strive harder, so they may have a chance of receiving the same benefits as well.

Don’t believe me? Just look at Google, where gamification has helped chop down travel expenses by allowing the person with the most budget left over after a business trip to keep the difference.

If you’re now considering a more gamified approach to business-as-usual, you have a great variety of options available to you. Different use cases and different industry types each have their own options to do so, all with the potential to be a great investment.

You can also elect how much you want to put into gamification. Sure, there are solutions out there specifically to gamify common business processes, but you could also come up with your own homespun methods. Maybe an employee who visibly went above and beyond one day would receive an entry into an end-of-year drawing for a desirable prize. You really are only limited by your creativity – or how long you’re willing to spend searching online for ideas.

Just as though you’re the parent trying to convince your employees to pick up their playthings, the key to effective gamification is to turn a rote task into an engaging activity.

Have you ever tried out any gamification methods in your office? Which ones did you find most effective? Share what you did in the comments!